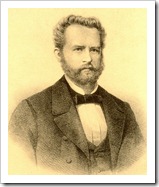 What could be the reason that we pay respect to someone’s graveyard ? A hero obviously deserves that. Well, he might not  be exactly a ‘hero’, especially Indonesian hero in its history. In fact, he was a Dutch (originally a German). However he has done a quite significant contribution to Botany and noted to be the first who enchart Java island with details. He was also a doctor, geologist, and excellent drawing artist, to say the least. He is Franz Wilhelm Junghuhn (Mansfeld, German, 26 October 1809 – Lembang, West Java, 24 April 1864).

A short description of who he was can be found on Wikipedia. Here and there through Google, we could find some pictures of his drawing of old Java & Sumatra. Amazing. One of his drawings that I like the most : (on Dieng Plateau) 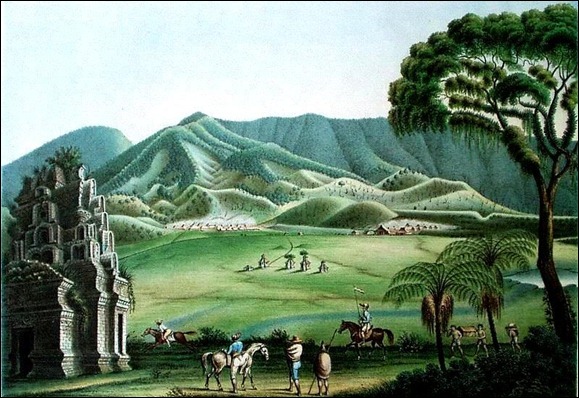 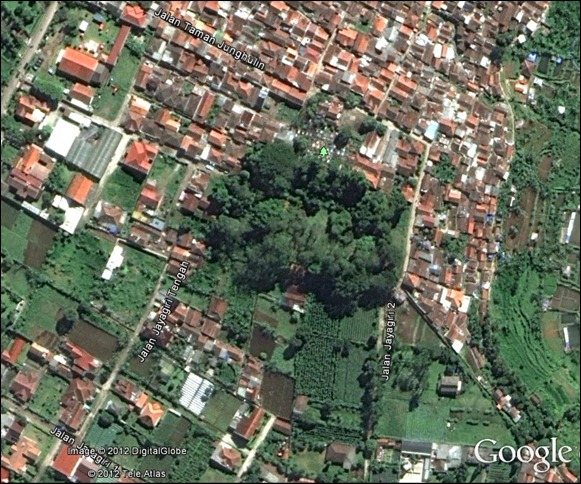 It was long weekend, as 05 April was Easter. I had the thought that the location might be crowded with visitors. As I was going through the main road around the spot, I had to ask people where it was exactly. Later, at the turn from the main road, I found the sign. It was not in its place, saying “Taman Junghuhn”, pointing to nowhere : 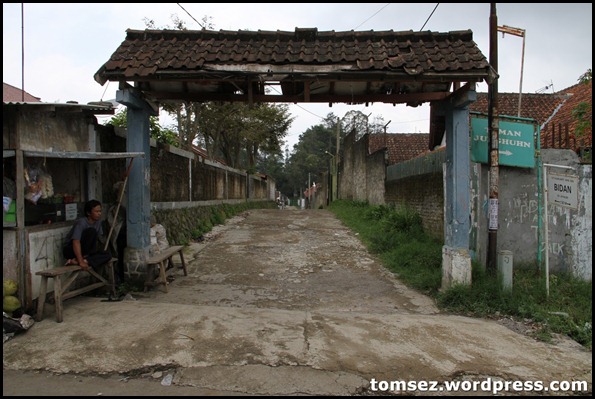 Approaching the main entrance, I was surprised there was nobody. Even the gate was chained. I could only stare from the outside before a lady with her baby showed me the way in, which is a narrow alley in the middle of closely-spaced houses : 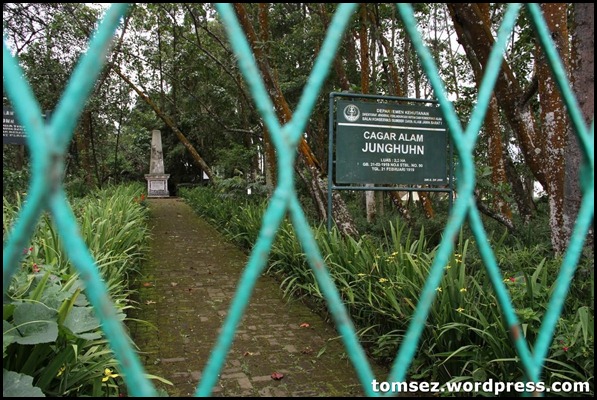 Some teenagers were sitting around the tomb. They were suprised by our coming (I was with some friends). I got this glimpse that they’re up to something. Apparently, they were sucking the odor of that intoxicating glue (Aica Aibon). Nowhere is the picture of Junghuhn, but a description was still readable : 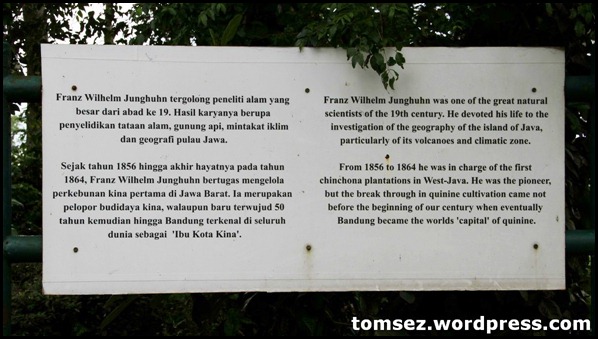 The tomb is stood still : 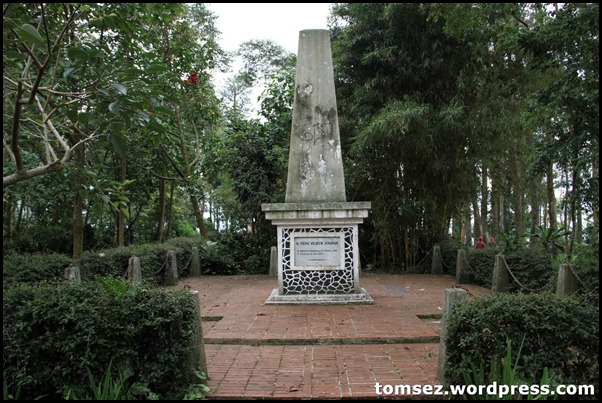 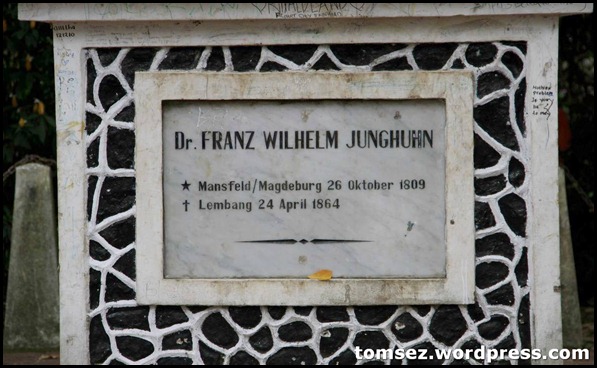 I find graffities all around the tomb. People don’t seem to care that this is something deserves respect. The way I see it, the government ignores this place as a potential tourist destination. I think it’s only a matter of time before everything turns out to be even worst : 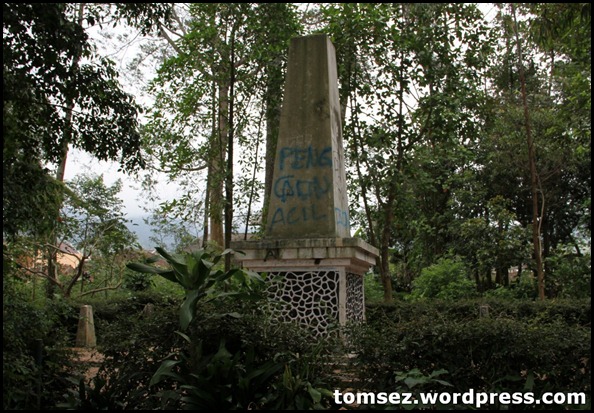 As I walked around, I learned that Junghugn’s grave was actually 20 meter away at the back of the tomb. How infuriating!! A couple of teenagers were sitting on it 😦 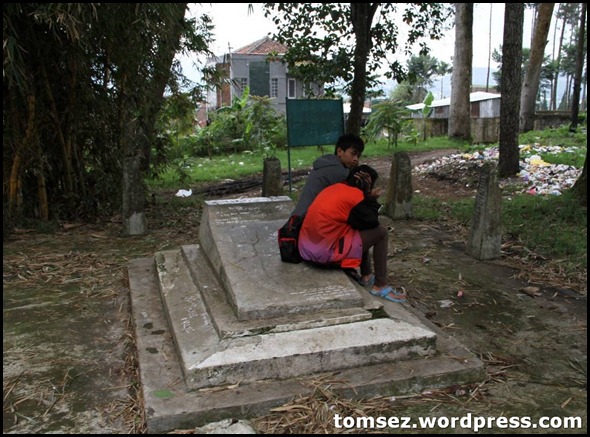 They rushed away as they knew that I took some shots. I was sad, really. There was no inscription around, even on the headstone (actually no such ‘head’). Graffities are all around. To make it even more upsetting, a trash dump is just a few meters away !!

OK. Indonesia was colonized by the Dutch for, say, three and a half century. Was it behind all this ignorance ? That “pride of being Indonesian”, … Should it have anything to do at all with valuing the past ?

The tomb, the grave, and the natural reserve will remain silent. The sprit of Junghuhn might even have gone somewhere else.